Sainsbury’s really stepped into the limelight during early 2018. Hot on the heels of the Tesco-Booker deal, its merger with Asda looked to create a partnership with a slice of the market greater than Tesco – Sainsbury’s and Asda shared 31.4% as of April 2018, compared to the 27.6% claimed by their big blue rival.

Although the move was somewhat overshadowed by Sainsbury’s chief executive Mike Coupe singing the wrong words to We’re in the Money ahead of an interview with ITV, it adds to a growing unease among competitors that Sainsbury’s could dominate the market in more ways than one – especially given the major inroads it’s making with a high-street favourite.

Back on April Fool’s Day in 2016, the day’s main business story was far from a joke.

Sainsbury’s was given the all-clear to buy Argos in a deal worth £1.4 billion, signalling the end of Home Retail Group and the beginning of a “multi-product, multi-channel” era for this all-new partnership. Competitors sat up, listened and most likely grimaced: after all, this was the UK’s second-largest supermarket joining forces with a company known for its market-leading delivery service.

When the landmark purchase was finally completed five months later on September 2nd, chief executive of Sainsbury’s Argos, John Rogers, reiterated the business’ digital-first push by saying that “the way people shop is changing – customers expect choice, convenience, flexibility, fast delivery and to shop whenever and wherever they want”.

Of course, by looking at Argos’ model, it was a match made in heaven for shoppers:

Fast-forward to March 2018, and Sainsbury’s finally confirmed that the Tu clothing line would be sold at Argos effective April 25th, with the potential to make huge waves in the fashion market – and forcing competitors to consider their own ability to match the rapidly evolving demand for quick delivery.

The team at SHIFT and I are huge fans of what Argos has to offer consumers. However, this move into clothing retail felt like a huge missed opportunity to grab the market by the throat.

Immediately, the weirdest decision Sainsbury’s made was to exclude this new clothing range from its much-loved same-day home delivery. This could have been a truly market-changing offering. Instead, it simply offered its standard, next, and named-day delivery services – alongside click and collect from new Argos locations. Sainsbury’s was, in effect, expanding its range to Argos locations. It was hardly groundbreaking, especially given many new Argos shops are just store-in-store offerings inside Sainsbury’s. 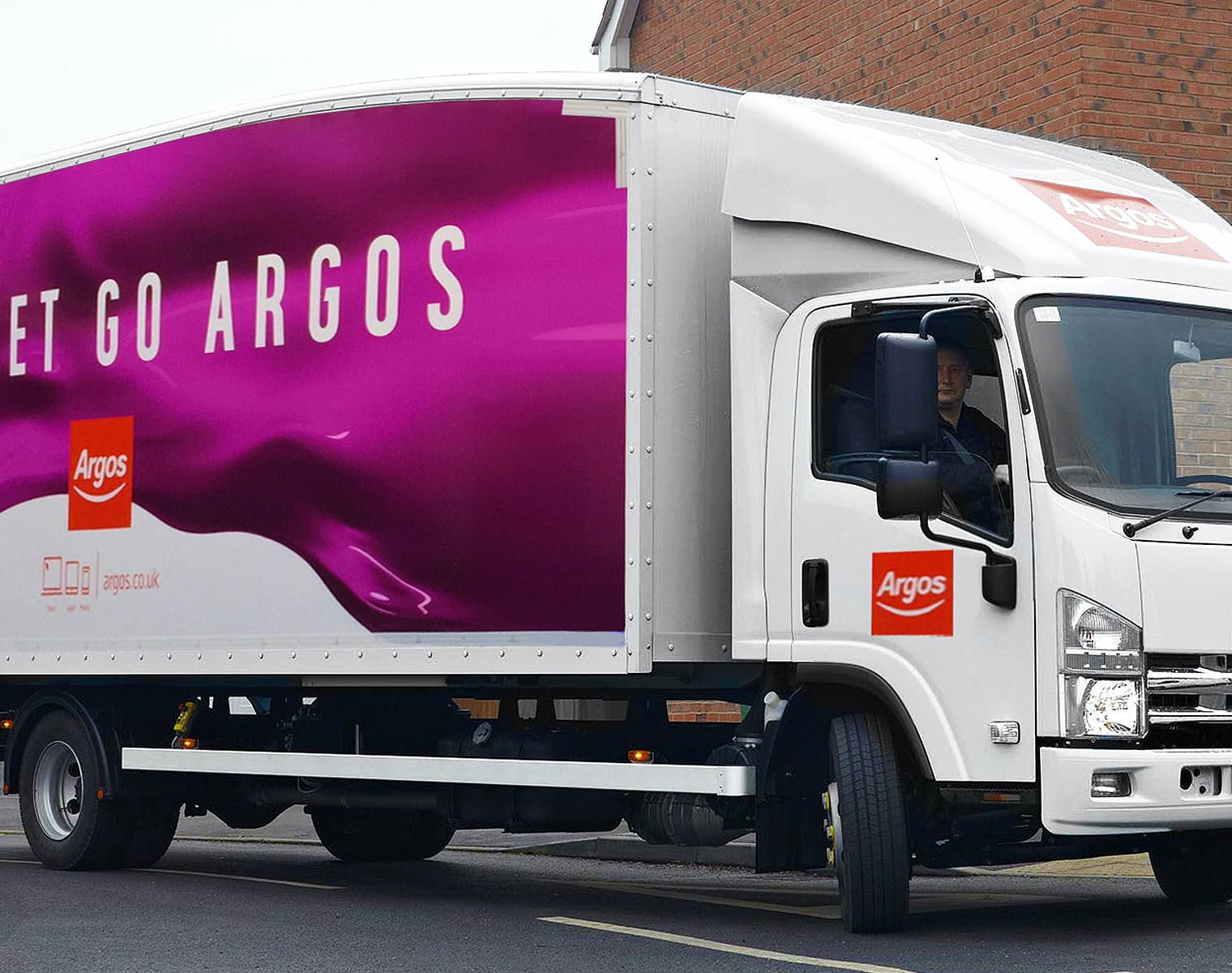 The shift only confuses loyal Argos customers. Rapid delivery is something we’ve all come to expect from Argos over the last few years – it still proudly, and rightly, makes a lot of noise about the many people it’s bailed out of a bad situation with last-minute, same-day delivery.

By stepping back from this core KSP – and one that has become emblematic of the brand – it left the door wide open for the competition, as Argos simply joined the ranks of many retailers who all offer next-day delivery on fashion products. Why would people limit themselves to a necessary trip to Argos to get a same-day click and collect order when a trip to any of its store locations would also showcase countless nearby stores, and ones where you can try the clothes on before buying them?

What’s more, most of Sainsbury’s competitors offered more than just one brand to sell.

It takes more than Tu to tango

While Tu has very much established itself as Sainsbury’s answer to George or F&F – a credible, good-value and decent-quality supermarket clothing range – why, with 18 months to plan, did Argos not consider adding other clothing brands to its own range to reflect its business model in other product lines?

Admittedly, Sainsbury’s sells products from Russell Athletic and Admiral, and it makes sense to push its own products from launch. However, Argos is known for its incredibly diverse and well-rounded product selection – it has the door-stopping catalogue to prove it – and even a small commitment to two or three brands from launch, or an announcement that more may be on the way, would have sent more positive signals to customers, as well as the promise of more variance in style and cost.

Instead, this tentative step into clothing retail leaves consumers feeling underwhelmed. While the Tu line-up is worth £1 billion annually to Sainsbury’s, consumers rarely – if ever – build their wardrobe from one source alone. Is Sainsbury’s missing a trick, and losing revenue potential, by only selling Tu products? 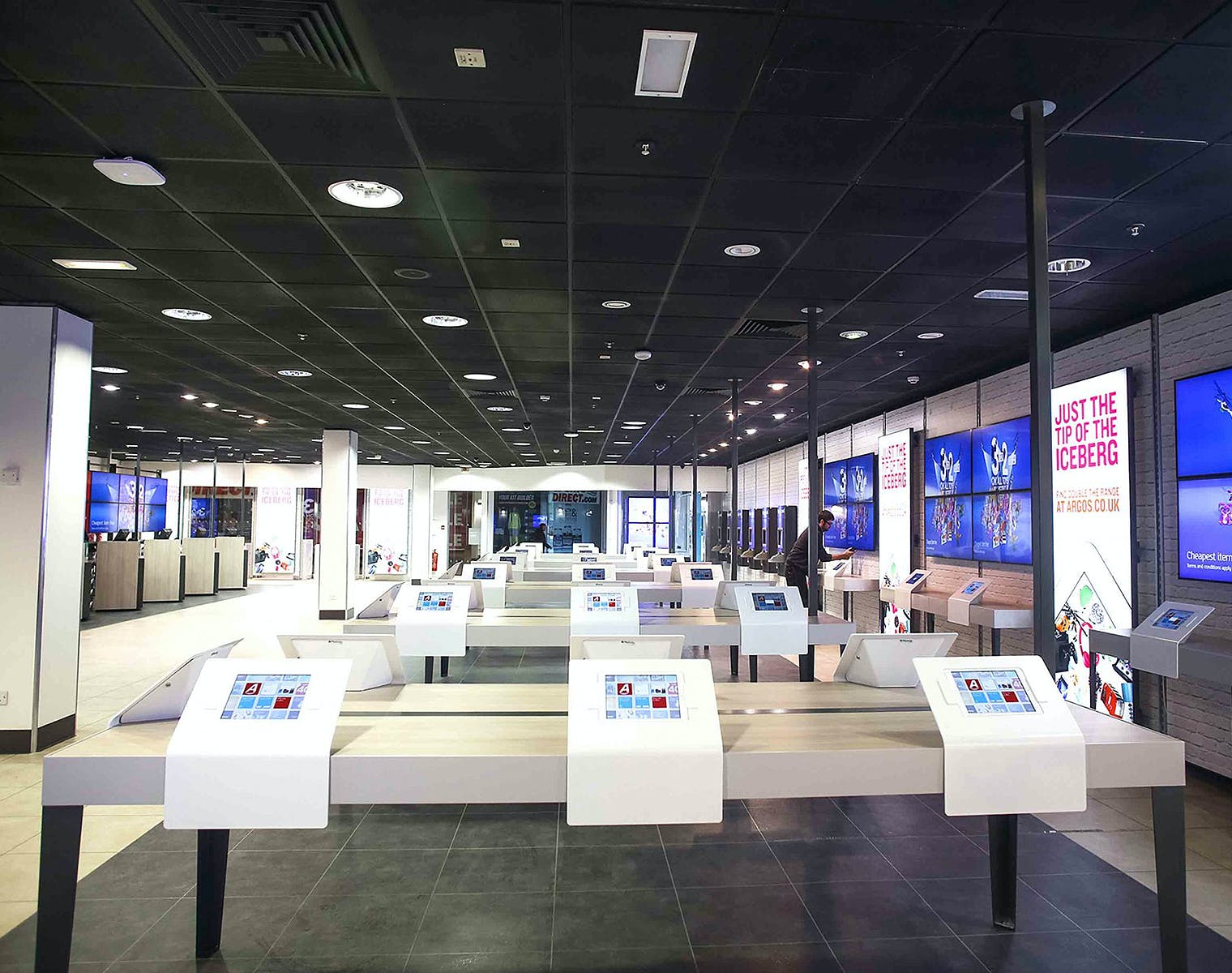 Sainsbury’s failure to capitalise on a unique same-day delivery possibility is also undermined by other market leaders that look at ways to make their own brand stand out from the crowd. Online, one of the most head-turning of these is Asos’ “try now, pay later” model offered through its partnership with the Klarna platform.

The reason for this relationship is simple: Asos knows exactly who its customers are. As Essential Retail reported in 2017, its frequency of returns is so unpredictable that even data scientists can’t build a business model to predict its fortunes. But it knows that its popularity is down to this flexibility, so it has introduced the Klarna payment method, which only charges for the goods that are kept and not returned.

Meanwhile, bricks and mortar high-street fashion retailers are being ever-more daring. Zara’s “radical new store concept” at Westfield Stratford is a perfect example of this, combining shopper demands with their growing taste for technological wizardry. For starters, Zara’s new self-checkout area can automatically identify products, meaning shoppers only have to confirm what’s in their basket before paying for them.

However, it boasts a dedicated, automated click-and-collect area serviced by a pair of small warehouses. Using a simple QR or PIN code, customers who place orders online can have their order delivered to a secure mailbox while “[b]ehind the scenes, a robot moves through the warehouses, delivering packages to mailboxes”.

While Argos famously has a more human approach to order collection and distribution, it’s fundamentally unable to showcase its range like Zara can. Innovating with, say, interactive screens to “build” a look before buying the clothes could be a good way to combine technology and brand experience, while also twisting the arms of captive shoppers to buy more products in-store. 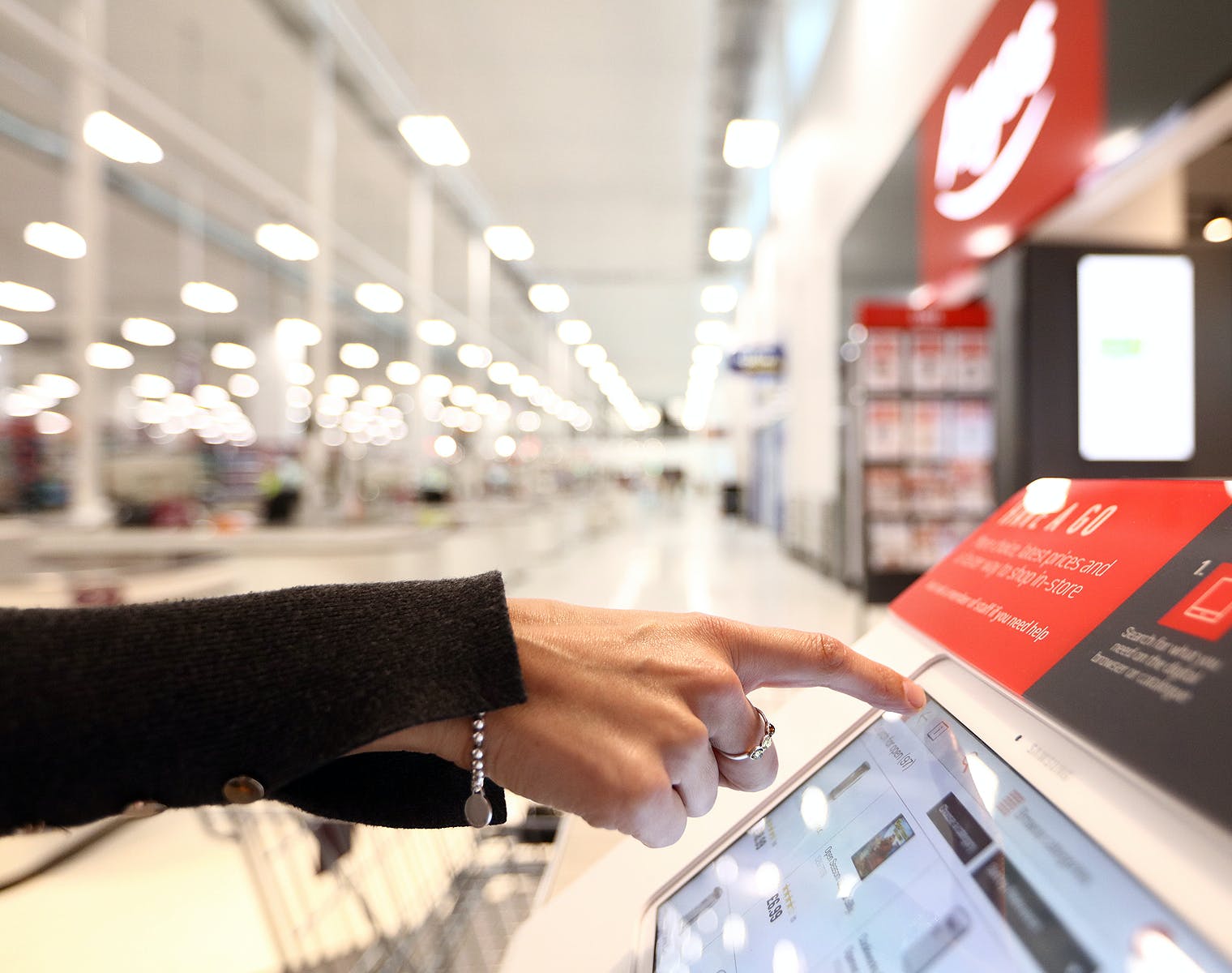 While we hold out hope that these issues are a product of anticipated teething problems, as it stands, Sainsbury’s cautious start with Argos doesn't live up to its full potential for three key reasons:

Argos could have made serious waves. Whether it realises it or not, it’s sitting on a multi-channel format that could be a market leader for years to come, but it hasn’t fully committed to this, so it needs to move quickly to avoid competitors beating them at their own game.

After 18 months of planning, Argos didn't fully take note of the major reasons people like us love the company. It needs to truly analyse its customers – as Asos and Zara have – and play to its unique strengths. Should Argos have kept its powder dry before moving into clothing with an industry-dominating, multi-brand proposition? Only time will tell. 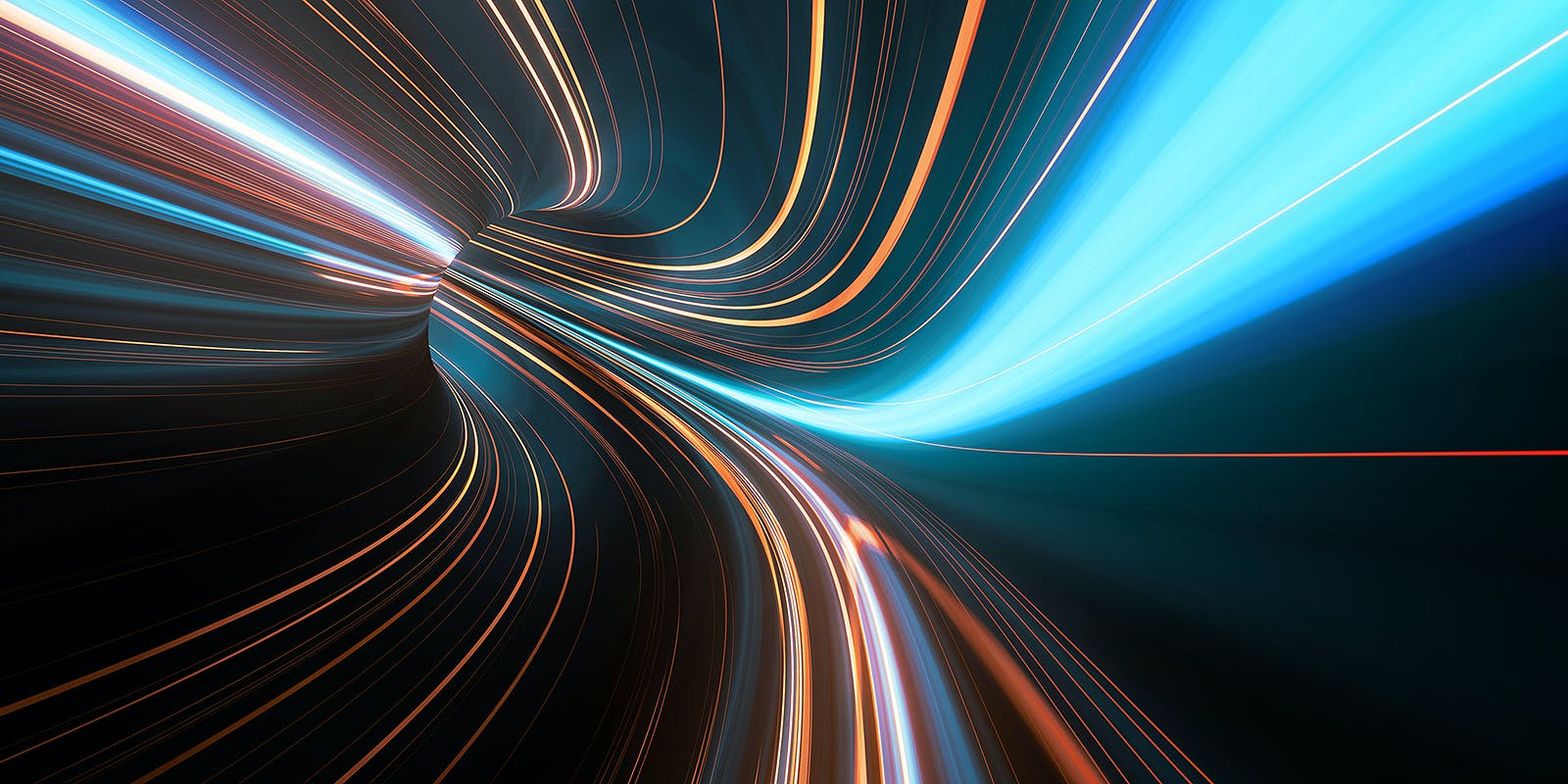 Website speed is a problem losing billions for British retailers 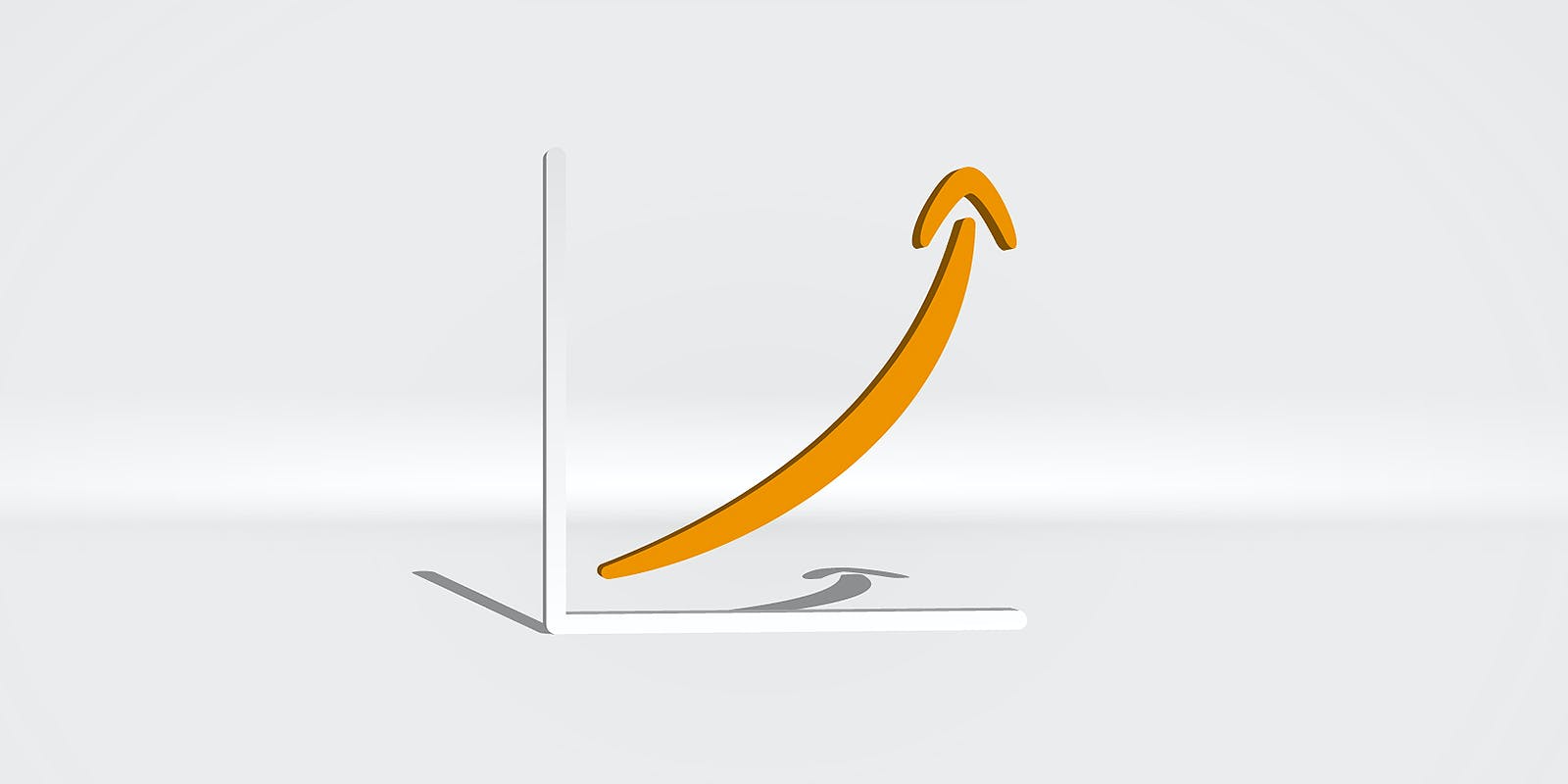 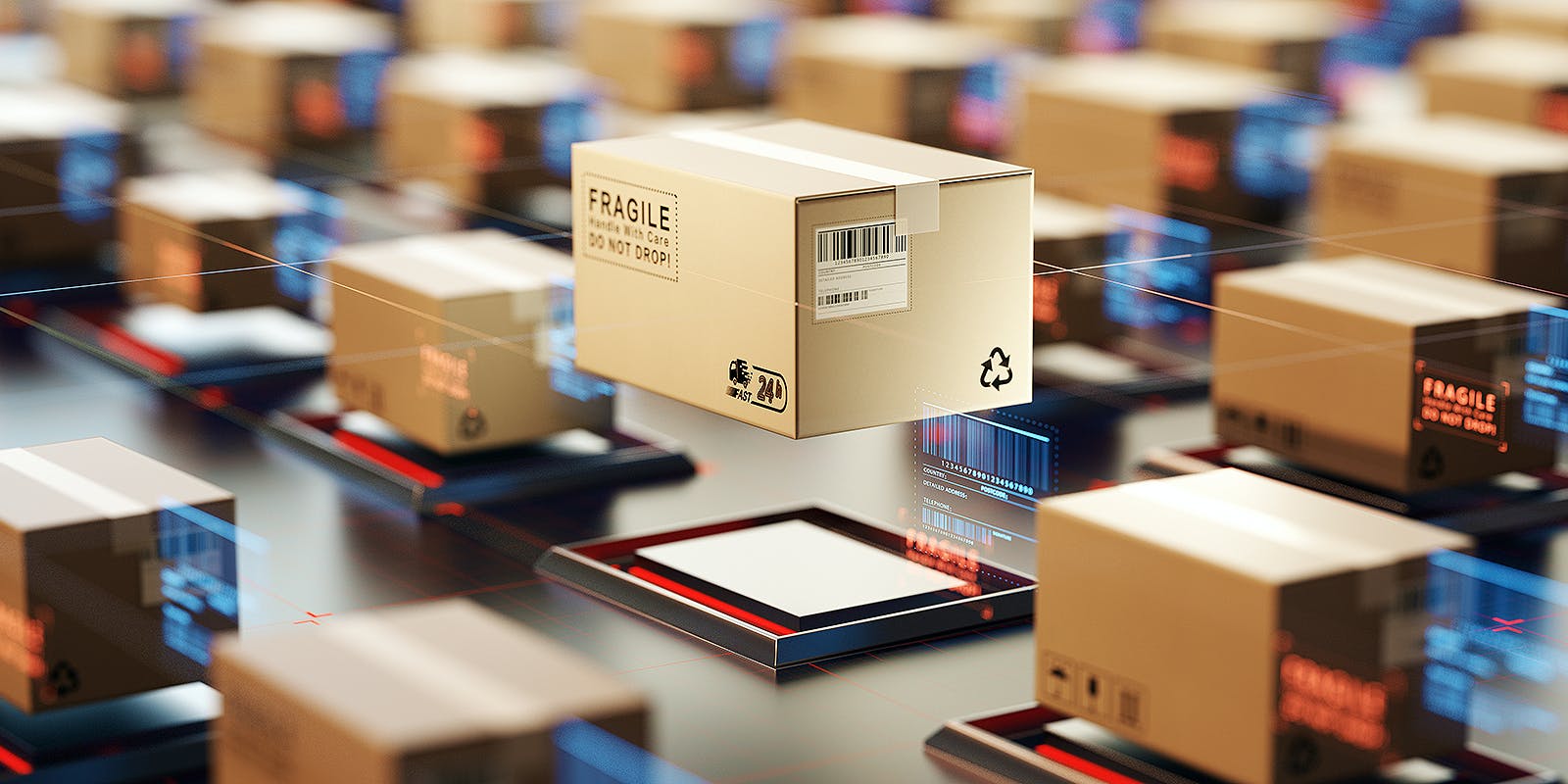 Why fast, free click and collect must be an industry standard